← more from
Bella Union
Get fresh music recommendations delivered to your inbox every Friday. 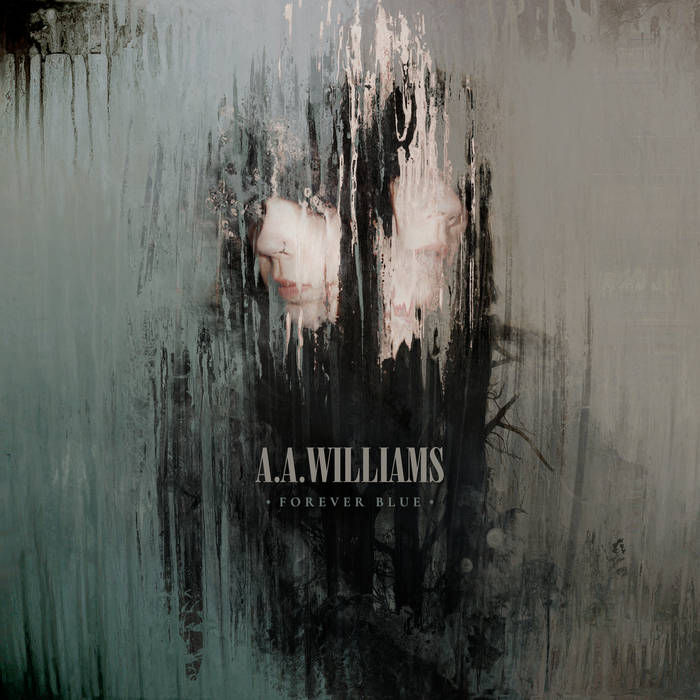 New Musical Horizons Forever Blue is a step further in A.A. Williams evolution of sound. She shows her composing talent and gets herself some guests that take the music even further!

Ben Leathley A.A. Williams further develops her own unique sound that is already very present in the self-titled debut EP. A beautiful blend of genres with lots of slow post-rock/post-classical/alternative instrumentation that ebbs and flows and is perfectly combined with Williams's dark and melancholic vocals.
more...

Making her stage debut in April 2019 and selling out her first headline show at London’s prestigious Southbank Centre less than a year later, A.A. Williams has hit the ground running. Similarly, the acclaim for her performances and her music has been unanimous from the start. After one self-titled EP and the 10” vinyl collaboration Exit in Darkness with Japanese post-rockers MONO, the London-based singer-songwriter has signed to Bella Union and made a stunning debut album, Forever Blue.

A rapturous blend of post-rock and post-classical, Forever Blue smoulders with uncoiling melodies and haunted atmospheres, shifting from serenity to explosive drama, often within the same song. Williams is a fantastic musician as well as songwriter, playing the guitar, cello and piano, and her voice has the controlled delivery of a seasoned chanteuse whilst still channelling the rawest of emotions.

Forever Blue is named after a song that didn’t make the album’s final cut, “but it still encapsulated these songs,” Williams explains. “It sounded timeless and in the right place.” The album’s threads encapsulate the anxieties and addiction of love and loss with haunting detail, for example ‘Glimmer’(“I wasn’t meant to see the sun washed out and pale / I wait undone / I wasn’t meant to be the one hollow and hurt and meant for none”), though Williams admits the theme was shaped more by her subconscious than any grand plan.

“The lyrics come at the end, they fall into place, rhythmically, and link together,” she explains. “And then it’s my job to decipher what I’ve written! I want the words to get my point across but still let the listener map on their own experiences. I find it really therapeutic.”

Therapy is intrinsic to Williams’ approach: to not just express and unpick her feelings of longing and loss but to work through them. “Verbalising something, you feel a weight has been lifted,” she says. The transition can be mirrored in the dynamic shift from ‘quiet’ to ‘loud’, as on ‘Glimmer’ and arguably at its most euphoric on ‘Melt’. “There’s something very satisfying and elating about songs that have that drop in them, to stomp on the guitar pedal on and let it all out.”

It’s testament to Williams’ skills, and those of husband and bassist Thomas Williams, that Forever Blue’s commanding sound was largely captured at the couple’s two-bedroom flat in North London. Drums by Geoff Holroyde were added at engineer Adrian

Hall’s studio in South London, with guest vocals from Johannes Persson (Cult Of Luna), who adds his deep-trawling growl to ‘Fearless’ (“he sounds like Tectonic plates moving” Williams feels), Fredrik Kihlberg (Cult Of Luna) on ‘Glimmer’ and Tom Fleming (ex-Wild Beasts) on ‘Dirt’.

Williams can scarcely believe she’s in such exalted company, or that her band has toured with Cult Of Luna, Russian Circles, Explosions In The Sky, Nordic Giants and Sisters Of Mercy, whilst performing with MONO at their 10th anniversary show. It’s not because she doesn’t trust her own worth but that Williams only became a singer-songwriter by chance.

Having taken music lessons from the age of six and been immersed in classical music, Williams’ life was forever changed when she discovered Deftones in her mid-teens, “and after them, all things heavy,” she recalls. “It was music that made me feel included, that tapped into me.”

Yet it was only years later, when she found a guitar in the street with a note attached, “please take me, just needs work,” that Williams started playing guitar, and only started writing songs as a way of learning how to play. “I wrote in different styles to find a sound I was comfortable with,” she says. “Likewise, with singing. I’d never before thought of singing with a microphone in front of other people. It’s been quite a journey.”

That journey was thrown off course by the Coronavirus lockdown, but Williams’ response has been the ‘Songs From Isolation’ video project, solo renditions of songs suggested by her fans. At the time of writing, she has performed Radiohead’s ‘Creep’ (“to take on a song like that, you either have to be brave or dumb, and I thought, let’s be brave!”), Gordon Lightfoot’s ‘If You Could Read My Mind’ and Nick Cave’s ‘Into Your Arms’.

As ‘Songs From Isolation’ keeps posting intimate messages from a place of solitude, Forever Blue will spread the news of A.A. Williams’ extraordinary talent far and wide - and once lockdown is over, she and her band will be taking the next steps on her journey by touring the record. She’s already come so far but this story is only just beginning.

Bandcamp Daily  your guide to the world of Bandcamp

Lance Skiiiwalker joins the show to discuss his most recent releases